dig up your inner music geek

Fuzzy Bubbles for Bunnies and Puppies

Several years back my pops gave me two old 45 boxes with his and his brothers vinyl collection, all from the late '50's through the '60s (the picture of the box in the logo on top was one of them, proudly labeled with my uncle's name "Harv."). While a lot of the contained wax were common singles from the likes of the Beach Boys and Brill Building Pop, there were a handful of obscure gems.

Hoping to score some lost psychedelic tracks, two names stuck out as having the most potential; Bubble Puppy and Fuzzy Bunnies. Luckily, they delivered. It doesn't get much better than "Hot Smoke and Sassafras" by Bubble Puppy. That is, until I saw the cover of their sole LP from 1969: 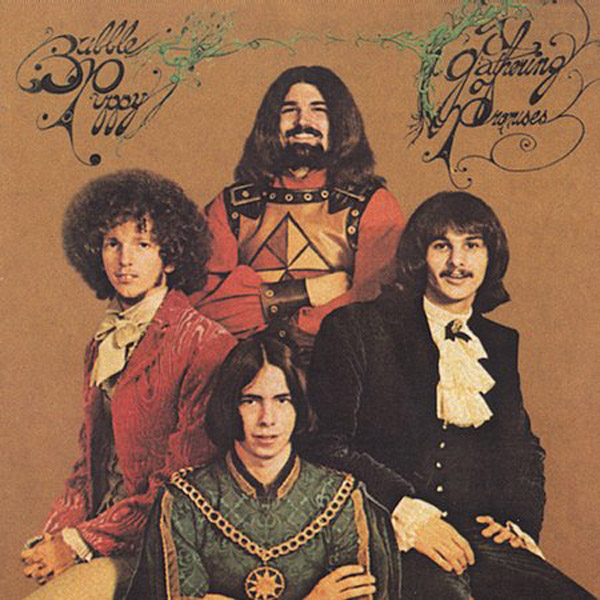 Good lord look at these Medieval stoners. Especially the triumphant king on top with Zelda's triforce body armor. The album has been reissued a few times, worth buying- and framing. The B-side to "Hot Smoke", "Lonely" is also killer, with the second half turning into a mini epic instrumental.

The other silly-pet-named band, Fuzzy Bunnies, are more on the bubblegum side of psych/garage, but still fun. Try some "Lemons and Limes":

Fuzzy Bunnies seemed to have only released a few 45s in the late '60s and then disappeared. This 45 has a great organ-swirling cover of the Walker Brothers "The Sun Ain't Gonna Shine Anymore" with the above on the flip. They also did a cover of Traffic's "Heaven is in Your Mind".

Stay tuned more findings from Harv's box of goodies.
Posted by Selector JBo at 6:27 AM